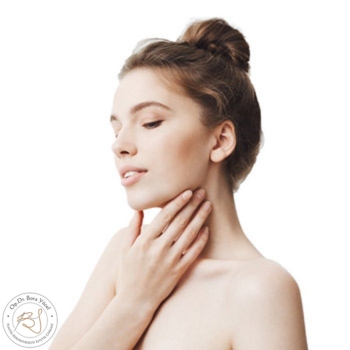 With aging, the loosening of the tissues in the facial oval and the effect of gravity are added to the volume deficiency, and wrinkles and sagging occur in the face area. As the skin loses its elasticity and the reparative factors cannot work as fast as before, tissue repair slows down and the tissues cannot be as tight and hard as before.

This process depends on the genetic and structural factors of the patient, as well as on how he was fed until that age, how much he was exposed to external factors and what he did in terms of skin care. People who are lucky in terms of these factors encounter this process later or get through it more easily.

Face and neck lift surgeries are performed to correct wrinkles and sagging that occur with age. The skin of the face and neck is separated from the subcutaneous tissue with incisions extending in front of and sometimes behind the ear, and SMAS tissue on the face and platysma tissue on the neck are reached. The SMAS tissue is stretched by folding over itself, removing a part of it, or separating it from deeper tissues and releasing it. Then, the excess skin is removed in a controlled manner and the skin is closed with aesthetic stitches in a way that is not too tight.

For an effective result, all components of the face should be evaluated as a whole. Facelift surgery may need to be combined with brow lift, temple lift, eyelid aesthetics and fat injections. These combinations can be made in the same session or in different sessions depending on the patient's condition.

Although neck lift surgeries are mostly performed together with face lift surgeries, they can sometimes be performed alone. Depending on the condition of the sagging in the neck, it can be made from the front with an incision under the chin or from the side with an incision extending behind the ear. It can be combined with superficial liposuction.

If you are interested in aesthetics, nose aesthetics ve botox you should definitely read our articles.